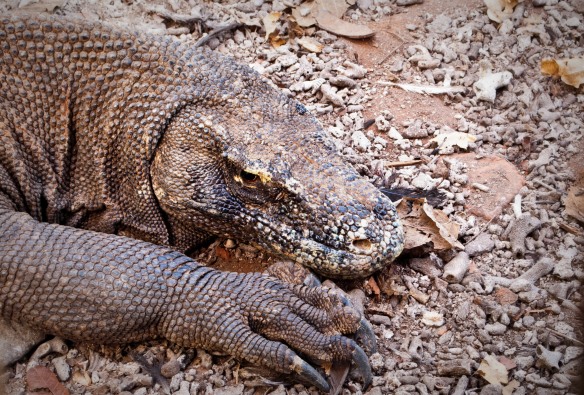 Komodos only exist in Indonesia on the Komodo, Rinca and Flores Islands. There is nothing like them anywhere else in the world. Although they are mortally dangerous because of the poisonous bacteria in their saliva, there are only a couple of incidents per year. They stick to water buffalo and deer. The giant lizards kill by biting and waiting until the poison takes its effect. They follow their target until they die a week later. It was very exhilarating to see them up close. 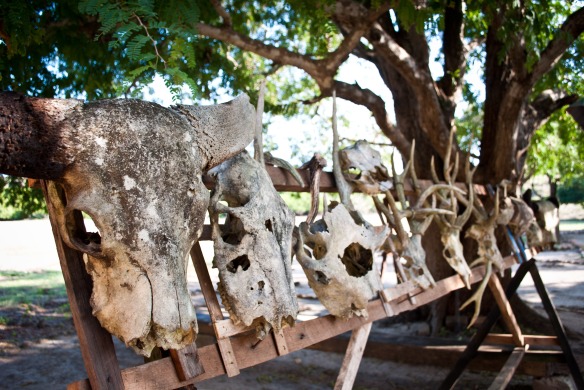 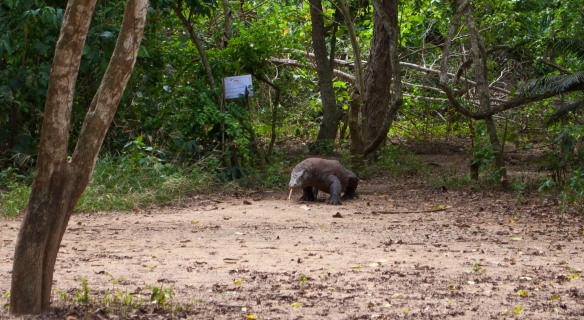 There was a moment when Adam was taking a picture of me with a dragon behind and only a small rock pool dividing us. All of a sudden he started to walk straight towards me and 5 others in a small group. We all got a quick rush of adrenaline and started to move as fast as we could, in slow motion, to the side to get out of his way. Luckily for us, he was only thirsty and not hungry! 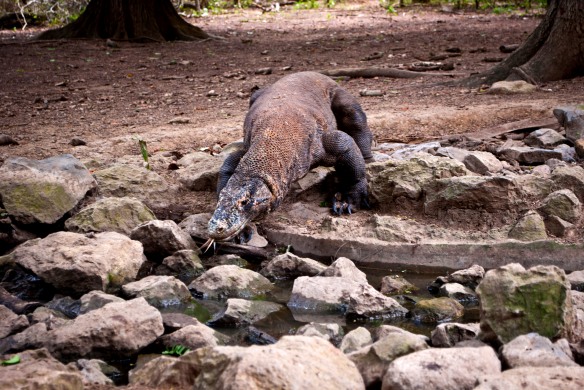 That night we all hung out and had some beers after dinner, fishing and telling stories. Our group was very diverse; a young couple from Norway that seemed to be in their own world of love, Leonie from the UK, Rudolph from France, Julian from Spain, Cinzia and Mateo from Italy, Paolo and Fernanda from Brazil, and Cameron and John from Seattle, US.  Cheers to everyone that, despite the conditions, managed to have a fantastic time!

On our last day, the first stop was Rinca. On this Island, Komodos are easy to see because the range of the habitat is smaller. They are also more aggressive. We trekked for over two hours and saw many of them, popping out randomly in the tall grass next to the small trail. We had a guide in the front and back of our group holding sticks that supposedly would protect us (really?! sticks for dragons!).

One komodo surprised us coming the opposite direction on the same trail only ten feet away. The guide in the front quickly asked us to move to the side with panic in his eyes. The dragon passed next to us, slowly, arrogantly, letting us know that we were on his property and we needed to respect him. Oh, believe me, we respected him very much.

In Rinca we also saw monkeys playing around, water buffalo and many deer. From there we went to another deserted island named Kelor to have one of the best snorkel sessions of my life. Colorful corals and an unbelievable variety of fish were just a few steps from the shore. The komodo national park waters are especially good to snorkel and scuba because many currents come together bringing nutrients and consequently marine life. After the epic snorkel we finished our trip at Flores Island in the town of Labuan Bajo. We could have slept on the boat if we wanted, but we, as well as most of the group, decided to find accommodation on land and get some good rest. We all got together one last time for dinner in Labuan Bajo. Good times! 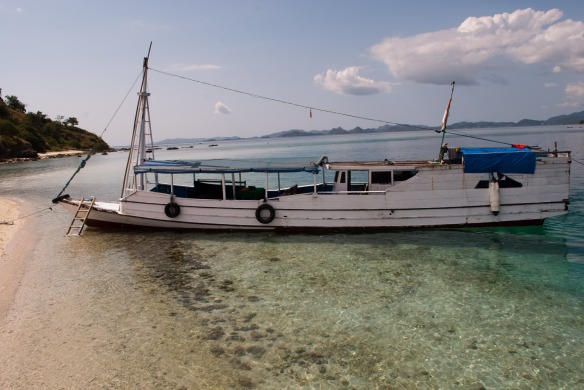 Until the next time!

4 thoughts on “Searching for Dragons (Part 3)”